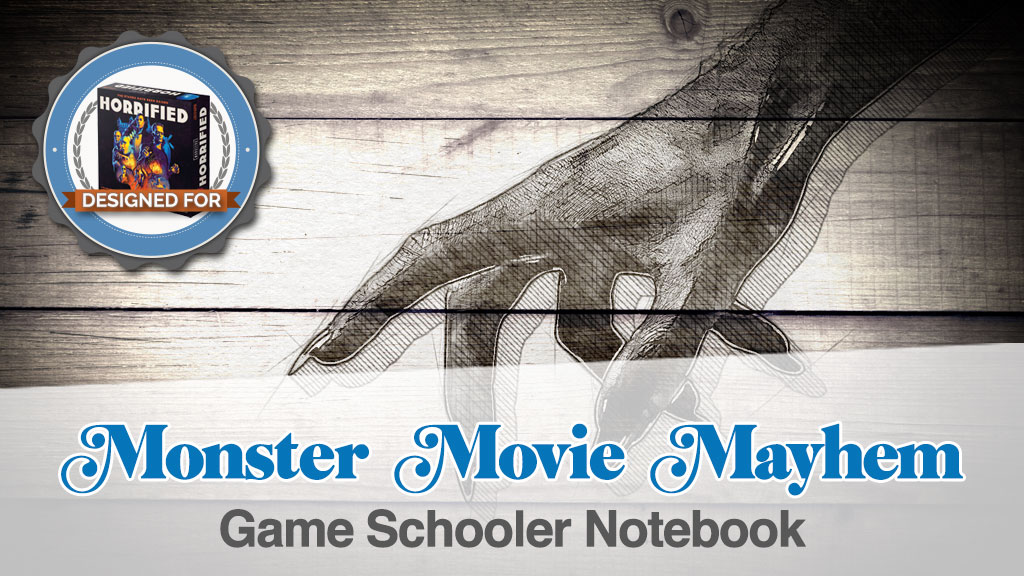 Our students are film directors hired to make the next great monster movie!  Gamers will use the results from their last game of Horrified: Universal Monsters as the building blocks for the script.

Along the way they will track the major events that occur and lay out a rough story outline.  Film directors often use storyboards, or pictures, to map out their movie before they shoot any film.  Students will produce storyboards for their monster movie and learn the building blocks of story telling as they build their film.  Once the storyboards are completed, students will present their film idea for review to see if it’s ready for production!

This board game is an adaptation of Monster movies from the Universal™ franchise. Students reimagine events from the game and transition them back into the movie world. The art from the game board and components allow students to explore both art and creative writing while building the outline for a new movie dictated by gameplay events.

We encourage you to share this Game Schooler Notebook with anyone you’d like. After all, Ticket to Ride is one of the most popular board games in the world! So let’s get this Notebook out there!